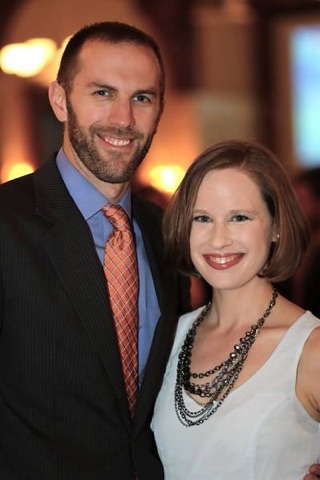 Patrick Drury was born and raised in Alexandria, VA. He graduated from the University of Virginia in 2000 with a BA in psychology. While at UVA he served as the Chairman of the Catholic Students Association and was the founding President of One in Four, an all-male sexual assault peer education group. After graduating, he worked at Marymount University in Arlington, VA as the Assistant Director of Campus Ministry. In 2002 he married his lovely wife, Cynthia, and they moved to South Bend, IN where she received her MTS in Biblical Studies from Notre Dame. While there, Patrick worked as the Volunteer Coordinator at the local rape crisis center and then served as the Director of St. Joseph County Right to Life. Patrick then served for seven years as the Director of Youth Ministry at Good Shepherd in Alexandria, VA. He began serving at Incarnation in September 2011.

Patrick and Cynthia have two daughters, Isabelle and Sophie, who occupy a large amount of their time and energy. Patrick also enjoys playing and watching sports, hiking, movies, board games, and eating (especially with friends).